A National Monument to Man's Desires versus God's Plan

A former night club, which was the scene of a hate crime mass shooting has been declared a national monument by Congress and President Biden.  When I heard the news, I thought, why is the site of the massacre of people at a gay nightclub a national monument, when to my knowledge none of the sites of massacres of black people have been designated as a national monument?

Is it because our culture has accepted and now promotes gay/homosexual/lesbian life styles as being okay?  Is it because this country has no remorse regarding the atrocities committed against black people over the years?

The man made decision that condones gay lifestyles is directly contrary to religious principles in many Christian faiths.  The tales of homosexual activities goes well back in time and is described in the bible.

As the bible describes, God created Man and Woman.  God did not create people to be labeled as non binary, pansexual, homosexual, transgender, or whatever other terminology is used.  The proliferation of support for man made, un Godly behavior is reaching its peak.  It is being pushed down onto children as something they can consider in defining their sexuality.

Why is this being done?  Simply because some people do whatever they want to do.  They do not believe in a God and that we should follow Godly guidelines in how we behave and live our lives.  These people do not believe in "sin".  They believe in "human rights".  The right to do whatever a person wants with no consideration that there is a God who created us and defined what behavior is proper.  These people operate under unlimited behavioral control.  They operate under the concept that people seeking pleasure can seek it without limitations on sexual morality.  Anything and everything goes.

This is why in the year 2021, national legislative bodies and even the President of the United States supports making the site of a mass killing at a gay nightclub a national monument.  This also shows how the national legislative body and the office of the President of the United States still is ignoring the fact the atrocities committed against black people in the United States need to be addressed.  Identify each black massacre site specifically as being a monumental reminder of the hate, and sinful behavior that black people have had to endure for hundreds of years in this "civilized" country. 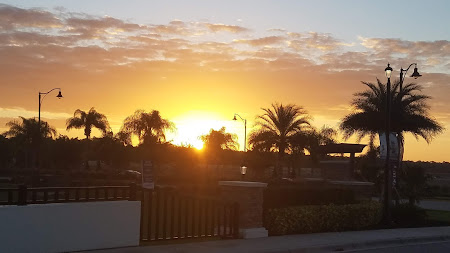