What we Continue to Lose

Another day in these United States of America.  Another mass shooting.  More are coming.  Assault weapons have already been purchased and are in possession by those who will one day repeat the carnage that happened in Texas yesterday.  One thing seems certain.  You do not need to actually practice shooting an assault weapon.  Just load, point, shoot and reload.  Someone is planning another event, even as I type this.  I may even be one of the victims of a future assault.

Through all the carnage, and emotional pain being inflicted, we forget all that we are losing and have lost.  The loss goes beyond the individual lives.  It goes beyond the loss and heartbreak felt forever in families. We are losing people who would have made an impact in this world.  Much of that impact would have been of a positive nature.

And what have we gained?  We have gained added feelings of loss of security.  We understand that a simple daily task or function could lead to our human death.  We have gained added mistrust in our government to take action to reduce the chances of a mass shooting occurring. We have inched closer to the creation of conditions where life will no longer be allowed to exist on this planet.

What can we do to turn conditions towards the positive?  We can reject the ways of this world.  We can seek the ways of our Creator and be what we were meant to be.  We were made to fellowship with God.  We were made to love each other in fellowship, regardless of the color of our skin and other physical differences.  All of us will not commit to that goal.  But as each mass shooting happens, if you have not committed to living a life with God, you are given another reminder to do so.  From the violence can come a new commitment.  An action to turn your life around.  What do you have to lose?

Victoria Spartz is more concerned about Ukraine than domestic terrorism

Congresswoman Victoria Spartz has shown major concern with the events in Ukraine.  Why?  Because that is where she is from.  Yesterday Spartz voted against the Domestic Terrorism Prevention Act of 2022.  She has not put out a statement explaining her non interest in protecting the lives of United States citizens from acts of domestic terrorism in the United States.

In the 2022 election, elect someone else to her Congressional seat.  Let's allow Spartz to give 100% of her time to the issues that involve the Ukraine people who apparently are her first priority. 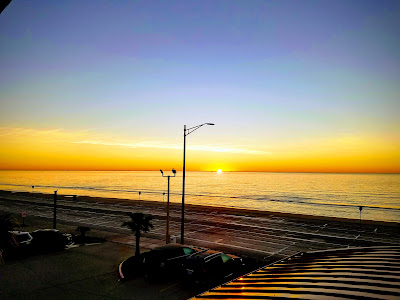 Merrick Garland where are you?

Information continues to trickle out regarding the Buffalo massacre. Apparently, the killer posted information on several social media sites regarding his thoughts and plans.  The Attorney General of the United States, Merrick Garland is whom the person the Director of the FBI reports to.  By this time Merrick should have asked the Director of the FBI where was the FBI at in tracking the killer?  Is there a mechanism for the FBI to investigate people who are making threats?  If not, why not?

If the FBI is asleep at the wheel, again it comes down to us as individuals protecting ourselves through any means necessary.  We need to report suspicious individuals and activities.  If we come across hateful comments in social media, we need to report those incidents directly to the FBI.  Reporting such info to the local authorities apparently is worthless as most local law enforcement mainly responds to actions not words.

To the attorney general of the United States my question is, What are your plans and actions to put an end to domestic terrorism?

The massacre at a grocery store in Buffalo, New York is a reminder of past events in these United States of America.  The murders at the church in Charleston, South Caolina several years ago.  The numerous massacres in black communities such as Elaine, Arkansas in 1919; Rosewood, Florida in 1923; the Atlanta massacre of 1906; Wilmington, North Carolina in 1898; Colfax, Louisiana in 1873; Thibodaux in 1887; and numerous others during the Red Summer of 1919.  The indiscriminate lynching of over 3,000 plus black people throughout the history of this country.  And of course, the inhumanity of slavery forced upon black people in this country.

We as black people need to be more vigilant.  If a European American appears in our neighborhoods where they are rarely seen, we have the right to dial 911 and report a suspicious and possibly dangerous person in the area.  Just as the numerous "Karens" call the police on us, it is our turn to call 911 on the legacy of violent European American males.

Is is well documented that many European American males collect an arsenal of weapons.  You know why you do so!  And we know why too!  What profile most fits the active shooters in schools, shopping malls, stores?  We as black people can no longer just sit or stand by and let you enter our neighborhoods to carry out your evil plans.  Just as you have your police stop us when we drive through your neighborhoods.  It is time to respond.  Be vigilant.  See something, say something.  Report it.  Let's see if the police will respond to protect our communities rather than to just police us during demonstrations.

Unfortunately, we as people normally react after something negative has happened.  But, in the history of black people in this country there has been a historic pattern of negative treatment towards us.  Many of us don't know our history in this country.  Those who are against critical race theory and the truth being taught in schools do not want us to know because we would then be vigilant and aware.

Now we can add Buffalo to the examples of racism and hate towards black people.  Racism and hate that we must admit is a part of the American culture.

People Do Whatever They Want To Do

The conclusion.  People in this world, when given the opportunity, do whatever they want to do.  It does not matter what laws constrain their decisions, the morality of a decision, or the religious rules to a decision.  The decision point comes down to what a person feels and thinks best suits them and their beliefs.  We sometimes come together if we share common viewpoints.  But our individual decisions relate to what the decision does for us.  Whether the decision is economical, political, spiritual. or leads to just our enjoying life.  We all do what we want to do, if given the opportunity.

So what does all this mean?  Any thought of us gathering together in harmony to make humanity the best it can be is a foolish thought.  It will never happen.  Stop wishing, praying and hoping for that result. We were not designed to end up in worldly harmony.  If you are a devoted bible reader, simply turn to the last chapter in the bible, Revelations.   Is that chapter a happy ending for humanity?  Exactly.

We start our days with hope that all will go well.  We know it will not.  So knowing that, we decide to do whatever we want to do.  If our life is destined for a series of dramas, we decide what drama that will be.  Go about your business now, and do whatever you want to do, based on your personal criteria and beliefs.

Murderer of Indiana policeman gets 55 years. Chauvin, killer of George Floyd gets 20 years?

The courts in Indiana recently sentenced a white male who killed an Indiana Southport policeman in 2017 to 55 years in jail.  The defendant apparently was under the influence of drugs when the policeman came to his rescue after the man overturned his car in a traffic accident.  For some reason the defendant fired 18 shots at the policeman who was only trying to rescue him out of the accident.

Yes, different states have different judges. Yes, each state in the judicial system in the United States may assign harsher penalties than another state. It all comes down to the public sentiment in each state.

The judicial system in the United States cannot be said to be consistent among all the states.  But really.  A policeman gets 20 years in jail for killing a citizen, while a citizen gets 55 years for killing a policeman?

The European American justice system has come to a decision.  The person who killed George Floyd in May 2020 was sentenced to a jail term of 20-25 years.  Not a life sentence.  Not 40 years or even 30 years.  The system of justice in the United States has once again confirmed what it thinks of the value of a black man's life.  Kill a black man while the whole event is videotaped.  Traumatize black people with the images.  Such a crime is only worth 17-20 years of actual jail time.  Time enough for Chauvin to be released to live 20 more years.  That would be 40 more years than George Floyd could have enjoyed with his children, and possible grandchildren.

But on the positive side, it is 20 more years of jail time than what was given those who committed over 3,000 lynching's of black people in the confines of the United States of America.  Typically, those who lynched black people received no jail time.  There was no investigation, no trial.  Only a lynching, often with a smiling crowd of European Americans witness to the event.  If you have 15 minutes to spare, watch the video documentary "Lynching Postcards:  Token of a Great Day".

In May of 2021, Chauvin carried on the great European American lynching tradition when he lynched George Floyd on a public street in the state of Minnesota in these United States of America.  Unlike the leader of past lynching's, Chauvin was actually brought to trial to be held accountable for his actions.  He was found guilty.  That is where the good news ends.  Twenty to 25 years in jail for killing a man on a public street in his role as a public servant, a policeman.  If you created a graph and compared the sentences give to black men and women for crimes committed against European Americans, what would the statistics show?  Would the length of sentences given black "offenders" be longer than those given to European American offenders?

My only view is that the life of George Floyd is worth more than a 20-25 year prison sentence. What do you think?

Russia vs Ukraine - The Planned War

Russian "leader" Putin did not just decide overnight to start a war against Ukraine.  He took advantage of the economic fallout from Covid.  He believed that the world, already worn down by over a million people being killed by Covid, would not respond to defend Ukraine from aggression.  He hoped that the economic impact in countries that supported Ukraine, rising gas prices, supplies etc. would prevent other countries from coming to the aid of Ukraine.  He hoped for the same reaction that world countries had to Hitler invading European countries in the early part of World War II.  Back then many countries tended to take an isolationist view.  If it doesn't directly impact us, don't get involved.  Thankfully, that was one lesson that the United States has retained in the governmental memory bank.

And know we have the results of all that planning.  Wake up people.  Understand what is happening in Ukraine and why it happened now.  Understand how the war is being used as a tool to also impact political conditions in the United States.  Unfortunately, the suggestion of one United States Senator to "take Putin out" is the best worldly decision to end this lunatic lead war.  Prayer and human kindness doesn't work in these situations.  Sometimes the imperfect action of a violent act against a violent person is the best we can do. 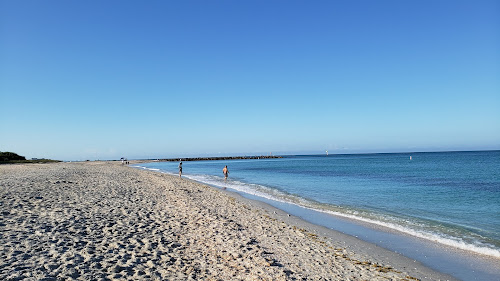