When Europeans ventured to the shores of what is now the United States of America, they did not find gulf shore or seashore resorts awaiting them.  There were no beach rentals, condos, or hotels built on the smallest piece of land available.  Those were created much later as part of European American civilization and the desire to profit from what God had made.  Instead, Europeans found the sandy beaches with a backdrop of trees and vegetation.  Living within this landscape were likely a number of animals and a variety of birds. Now when you visit a beach area, you don’t even think that there was a layer of vegetation and trees along the beach area.  That does not seem natural.  We’ve become accustomed to the commercial model of a beach that features $400 and above per day room rates for even the most modest of accommodations.  The higher rates are for the simple “water view” rooms.  A water view that was free before we started charging money for what originally had been free to all. The current beach rental/condo/hotel setting is supplemented by the presence of a “public” beach area which at times becomes stacked with people satisfied with just being at the beach, despite being cramped together.

Imagine if there were no hotels, condos, beach rentals, or overpriced homes alongside your nearest beach area.  Instead imagine the layer of trees, vegetation and wildlife that was originally there before the area was commercialized.  Would you enjoy going to the natural habitat of that beach?  Or would you prefer the crowded row of lodgings that now exist along beach areas?  Imagine a natural beach area for all to enjoy regardless of income. 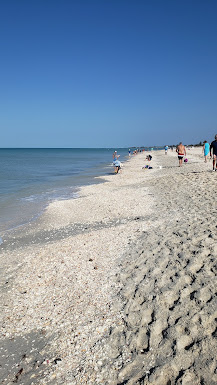 Why do we not have such natural beach areas to enjoy?  Because at least in the United States, beach front property automatically converts to making money.  Making money by purchasing such property years ago and then creating the idea to rent that area to others for a financial charge.  That is what hotels and private individuals have done.  Turn what was God’s gift to us all, into an experience that only a few can enjoy.  That is how far humanity has strayed.  The access to nature, what was freely given to us, we as humans have imposed a financial charge to enjoy.

The Right to Pray

Today the Supreme Court, the United States version of the last judicial review of human laws, will hear arguments on a case from the state of Washington.  A football coach sued the school district for suspending him because he chose to pray on the field after football games.  Some students chose to join him.  Somehow his actions were seen as pushing his religious views onto others, specifically students.

This is the same society in the United States that allows students to organize into groups at schools that support human diversity.  The same society that allows the entertainment industry to push out to us commercials, tv shows, and movies that depict scenes of homosexual activities, non binary behavior, transgender and other non traditional lifestyles, without a warning to us on the contents of the videos.  This is the same society that somehow finds praying on a football field offensive or unconstitutional?

The prayer on the field is not broadcast through the public announcement system!  Why are commercials featuring alternative lifestyles, alternative sexual preferences, and gender freedom not offensive?  Especially since we have no choice but to react to these scenes after they have already been shown to us.

I pray that the Supreme Court understands the conflicting message of not allowing prayer on a football field, but allowing all types of undesired videos to flow into our homes, and streaming devices.

A prayer that is not to a specific human religion cannot be offensive correct?  A prayer that is inclusive to all does not run contrary to the human rule of separation of church and state correct?

We all know this world will never be what it was intended to be by our Creator.  I stand and pray that the members of the Supreme Court will listen to what our Creator is telling them.  Do not humanly outlaw the right of God's people to speak and pray to God in any situation or location.

Patrick Loya - One on One Encounters are recipe for Death

I saw the video where Patrick Loya attempted to flee from the Michigan policeman.  My first impression was whether the Police Chief had ever called for a "stand down" and reviewed the "use of force" policy with his staff of policemen?  Then I wondered, why would a policeman want to deal one-on one with someone they have stopped?  If backup is available, why not seek assistance? Does having a weapon (gun) give the policeman the impression that if the suspect doesn't cooperate, they have the option of going into a "shoot to kill" mode?  We have seen numerous videos where the death of a black man has occurred when the officer was alone.  In that environment, it is easy for the officer to go into a "fear for my life" mode and to resort to pulling the trigger as the only solution

Ideally it would have been better if Mr. Loya had just let himself be arrested.  Maybe he would be alive today.  Live to see another day, may need to become the motto of black men stopped for whatever reason.  Yes, the police stop might be related to being profiled.  But at least you will remain alive to share the story of how you were profiled.

Black men, we know that the odds of a police stop ending badly increases if we resist,  So when you are pulled over, make the decision to answer the questions and calmly live to see another day.

TV Parental Guidelines Monitoring Board - Unaccountable to the Public

The TV Parental Guidelines Monitoring Board and the Parents Television and Media Council have contrasting goals.  The Monitoring Board works for the entertainment industry and allegedly responds to complaints regarding erroneous or inadequate ratings that networks assigned to their TV programs.  The Council allegedly is a watch dog over the Board and points out to the Board TV shows and movies that appear to not have been rated properly based on the content of the TV program.

The Monitoring Board is not under the jurisdiction of the Federal Communications Commission (FCC).  Nor is the Board accountable to the Federal, State or local governments.  Even though the product they control/”monitor” impacts taxpayers, they are immune from public scrutiny.  Something is wrong with that scenario.  Every week, hundreds of TV shows, TV movies and other programs are cascaded and thrust out at us, the public for absorption under the definition of “entertainment”.

Over the past few years, I became aware that the current rating system was making decisions for parents on what content of TV programs was appropriate.  That content involved scenes of homosexual/same sex relationship being depicted in TV shows.  Time and time again, TV shows and movies did not have a parental warning that the program featured scenes of homosexual activity.  This resulted in viewers being surprised when a scene of homosexual behavior suddenly appeared on the screen.

I proposed to the Board that a descriptor of SSR (same sex relationship) be added to forewarn parents, grandparents and other guardians about content that includes homosexual scenes.  The Board countered that the current system and descriptors were adequate.  No current rating or descriptor covers homosexual activity.  So, families continue to be surprised by the content of TV shows and movies under the current rating system.  How many times have you been surprised?

I brought this matter to the attention of the Council.  The Council appears to have no interest in the issue of homosexual scenes in TV shows and TV movies.  Their focus seems to be on content related to teen agers and youth.  The Council does not want to acknowledge that teens and youth are influenced and impacted by these homosexual content scenes.

The members of the Board, in addition to the chairman, includes 18 industry representatives from the broadcast, cable and creative communities appointed by the National Association of Broadcasters (NAB), NCTA – The Internet and Television Association, and the Motion Picture Association (MPA), and five public interest members, appointed by the Board chairman. Disney, Fox network, Discovery and Hulu are among the entertainment organizations serving on the Board.  My request for the names and contact info for each Board member was refused.  My phone calls to the Board chairman, Charles Rivkin, were not returned.  My request for names and contact info for the five interest group members was also not responded to.

I wonder, “Why are they afraid to have a dialogue?”  “Why can’t the names and contact info of the Board members be released?”  Why?  Because they do not want to be accountable to you, the public, the same public who are impacted by their decisions on complaints received from the public.  It appears as if the Board is established to maintain the authority of the entertainment industry on what content reaches you in your home.  The content that influences the behavior of your children.

I am asking you as a parent, grandparent, teacher, or guardian to complain to your Congressperson and Senator regarding the lack of accountability of the Board.  Write and telephone the Board and let them know you want more input on what you want to be warned about in regards to the content of TV shows and TV movies.  They can be reached at the following: 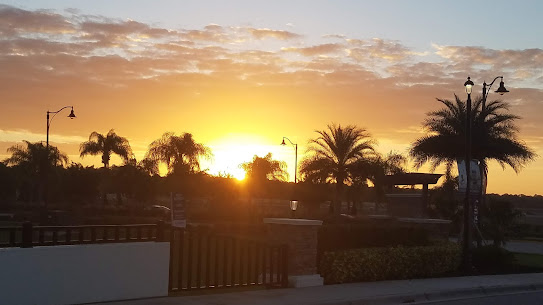