I watched the NCIS Hawaii pilot and was not surprised when 20 or so minutes into the episode it joined the ranks of numerous Hollywood formula shows that incorporate a scene of intimate same sex relationships. This has been the Hollywood formula for at least 10 years it seems. As a viewer I could since that this new show would not have the courage to not show a same sex relationship scene. It met my expectations. So, this is just another formula TV show that I will not watch as it feels it has the right to force me to watch same sex relatioship scenes without advance warning that the content of the show contains such scenes.
The TV Parental Guidelines Monitoring Board gave the show a rating of TV-14 Coarse Language Violence. There was no information in the rating that the show would contain a same sex relationship scene. The Board continues to believe that we as viewers just need to sit there and accept these scenes, without warning. The Board needs to immediately add an SSR-Same Sex Relationship warning at the beginning of such TV shows.
Posted by Arnell Hill at 10:33:00 AM No comments:

Does the TV Parental Guidelines Monitoring Board Serve the Public interests or the interests of the Entertainment Industry?

The TV Parental Guidelines Monitoring Board is a private organization created in December 1996.  The Board created a system of guidelines whose intent was supposed to provide parents and others with advance cautionary information to help them make informed choices about the television programs they watch.  The Board is responsible for the development of such ratings as TV PG, TV 14, TV MA, etc.  More specific information on the meaning of the ratings is found at  About Us | The TV Parental Guidelines (tvguidelines.org)

The Board consist of approximately 18 members and representatives of 5 “public interest” members.  The members are from:  Fox Corporation; ABC, A&E Networks; American Academy of Pediatrics; Boys and Girls Clubs of America; Call for Action; CBS; Discovery Inc; Entertainment Industries Council; HULU; Lifetime Networks; National PTA; NBC Universal; Sony Pictures Entertainment; Turner Broadcasting System; Univision and the Viacom Media Networks.  As of this writing the Board has refused to divulge who are the 5 public interest members.

I recently contacted the Board through their listed phone number (202) 570-7776 and email address TVOMB@tvguidelines.org.  My phone calls were not returned. I did receive several standard response email replies supposedly from the Board.  These emails did not indicate that the Board had met to consider the SSR label suggestion, or my suggestion that the content warning be kept on the screen for 60 seconds instead of the current 15 second policy.  I also attempted to contact each organization with a representative on the Board.  Only Marie Dyak, the member representing the Entertainment Industries Council responded.  Her response stated that the Board was not considering a descriptor for same-sex-situations and that the Board felt the current descriptors accurately reflected the content of TV shows.  When I pointed out that her email did not reflect her being the President of the Board and asked her if she was speaking for the Board in it’s entirety, her response was she was only speaking for her organization not the Board .

Last night, around 9:30 pm I received a response from the email account of the Board.  It regurgitated the information on the Board’s website, but did not address whether the entire Board had met to discuss the issue.  The response attempted to infer that it was a social value, social policy, and moral judgment issue which is not the case.  It is simply clarifying the content of a TV show so the viewer is forewarned about the content of the show.  I responded to the email that the Board still has not shared with me who are the 5 public interest members!  I also pointed out that the response did not address when the Board met to discuss the issue and what was the vote of the Board.

If you are a consumer and viewer of the various forms of entertainment on TV or streamed to you, I urge you to contact the Board at (202) 570-7776 and email address TVOMB@tvguidelines.org to give them your opinion on the need for an expanded designation of the label S=sexual situations.  For example the label for V=violence has been expanded to now include the label FV=fantasy violence (children’s programming only).

The Board has operated behind closed doors.  The Federal Communications Commission needs to review the actions and policies of the Board to see if the Board is truly meeting the needs of consumers.  The needs of consumers/viewers for clarity on the content of TV programs must be addressed. No one knows the names or background of those on the Board. 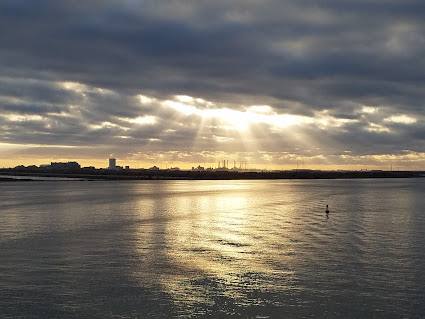