I am listening to a debate on proposed abortion legislation by the Indiana State Senate.  One state senator just said he was trying to keep his religious values out of the discussion.  That response seemed strange.  How can you keep your beliefs on the subject out of your mind? They are now talking about religious faiths pushing opinions.  Now they are talking about the science of this issue. "God is not pro rape" was a comment just made by another person as a way of addressing why rape should not be used as an exception to an abortion.?  I assume he was trying to say that God would not approve of a child born due to a rape?

They don't seem to understand.  if the behavior and culture that causes and supports an  abortion continues, the problem of abortion will still exist.
Get to the foundation of the problem.  Sex outside of marriage, and understanding that a sex act can lead to a child is the issue.  Then the criminal activities where women are raped.
I don't know when abortions began.  But, imagine if someone thought that when Mary was pregnant with Jesus ,that her baby should be aborted?
But if a woman raped does not want to be the mother of the child why make her give birth? The whole issue is unfortunate and as is based on sin.  Now we are in a position of trying to repair the sin by our human un Godly legislative system.  Truly a broken world.
Romans 1:29-32 addresses the wickedness of man.  It talks about how we as humans create new ways of sinning.  Somewhere in time humanity created the practice of abortion.  If we were as intelligent as we claim to be we never would have initiated the practice.  It goes against everything we were created for.
So the human legislative debates continue.  Doomed to ultimate failure unless we get back to the original concept and behaviors that God had in mind for us to adhere to. 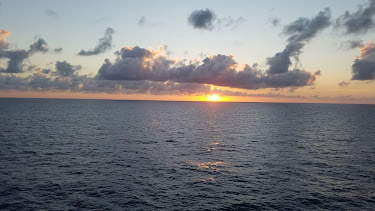