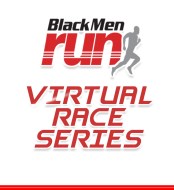 This is a letter of Thanksgiving for the existence of Black Men Run (BMR).  Thanks especially to the founders of BMR and those who may have tried before, but were unsuccessful in starting the movement that exists now.   I am writing this from the perspective and memories of my days in the year 1977, when I was a 20-year-old runner, full of energy, enough to be able to run twice a day.  Now I am lucky if I get in 4 runs a week!

I’ve told this story before but it seems more relevant on this Thanksgiving Day.  Back in 1977, I was living in an area near a military base in Indianapolis that had ample space for distance running.   I took advantage of that opportunity and would run 2-3 miles several times a week.  On weekends I would often see a group of European American runners gathered at the YMCA on base for their group run.  I would pass them by never being invited to join their group. I would think, it must be nice to run with others.  I recall running with a couple of older brothers later that summer who lived in the same apartment complex I lived in.  My first group run.  The brotherhood and camaraderie were a positive change from my usual solo runs.

In the early 2000s I ran in several Prostate Cancer 5Ks.  In those events myself and the few black runners in the event would often comment about the lack of black men in “our” event.  Especially in such an event where the cause, Prostate Cancer, impacted many of us. In fact, the Prostate Cancer event in Indianapolis was named after a black gentleman, Charles Williams, who had died from Prostate Cancer.

Move forward to the year 2016.   A friend sent me a link about a group called Black Men Run.  I was still running and was inspired by the runners in the 2016 Olympics to run longer distances.  I was 58 going on 59 and could tell that most of the local BMR chapter runners were younger than me.  But I didn’t hesitate at meeting up with the group for a weekend group run.  Ironically the location for us to meet for the BMR Indianapolis group run was that same YMCA where in 1977 I wasn’t invited to join the European American group runs.

For me BMR is more than just a group where I can be competitive against others.  At my age, it definitely is not about fast times, negative splits, beast mode runs, mini marathons, marathons, etc.  It’s just about the opportunity to run with other brothers, share stories and communicate with someone who looks like me.

When I think of BMR I think of the story my cousin told me about her youth.  I imagine the negative mile splits of her family running away in the middle of the night from a treacherous sharecropper in the 1950’s with all their belongings on their backs.  I think about the past when numerous black boys and men were unable to do distance runs together due to fear of black men.  I think of Ahmaud Arbery.  I think of that YMCA in 1977.

This Thanksgiving I am especially thankful for the BMR Virtual Race Series.  I have long advocated participating in events that reflected “Us” and those causes we care about.   So, when you are out running, doing what you do, understand that BMR hasn’t always been around.  Be thankful that it exists.