I am taking a 13 year old nephew to see "Wakanda Forever" this weekend.  In advance, I decided to pre screen the movie.  Why?  Last year I was somewhat shocked to discover that Marvel introduced a black gay male superhero in the movie "The Eternals".  This black male was the only black "superhero" in the film.  The black male superhero was married to another man, and they were raising a young black male child as their son.  Of course Disney/Marvel included an on screen kiss of these male characters.

My reaction to this type casting of the black superhero as gay was not a positive reaction.  I thought, "now there are very few mainstream black male superhero characters.  So why did Marvel have to make the only one in this movie a homosexual character?  Why couldn't Marvel make one of the European American heroes gay, and give us our traditional black male who is fine with being a traditional black male?  Is this depiction of the black superhero the continuation of the media trying to feminize black men?"  I followed up viewing the material by writing a blog against Marvel making the black male character "gay".

Without spoiling the plot of "Wakanda Forever" I urge parents to be ready to provide some type of guidance to your children before and after the movie. Be aware that the "Wakanda Forever" character of Riri Williams (Ironheart) is possibly being developed to become either a bi sexual black female superhero, or a gay black female superhero.  Disney plans to feature the character in an upcoming series on Disney plus.  I urge concerned parents to write to Disney and Marvel to express concerns with this black female character being made bi sexual/homosexual.  There are also indications that Disney/Marvel may also introduce a transgender character into the upcoming "Ironheart" series on Disney plus.

In "Wakanda Forever" there are subtle indications that the character Riri might have a homosexual lifestyle.  I will let you judge for yourself.  People make their choices, but to present these type of images to our youth under the umbrella that this type of lifestyle is okay, crosses the line in term of religious viewpoints and influencing our children to be what the world now finds acceptable.

"Wakanda Forever" continues the theme of placing female characters to the forefront which is fine.   But, it does seem to diminish the importance of males, especially black males.  We just lost our male Black Panther character after waiting years for such a "superhero" to make it onto the movie screen with wide acceptance.  Marvel, give us a traditional black male super hero.  We do not need your "option A" gay black male, married to a male, raising a young black male."

An underlying theme in "Wakanda Forever" is how minorities battle each other instead of the people who are always trying to take from minoritie or use minorities for their own benefit and superiority.

The days of going to the movies to escape from reality are over.  Now reality follows you into the movie theater and tries to give you images to influence our youth.  Diversity and inclusion are the code words to allow any type of images and lifestyles into our entertainment spectrum. 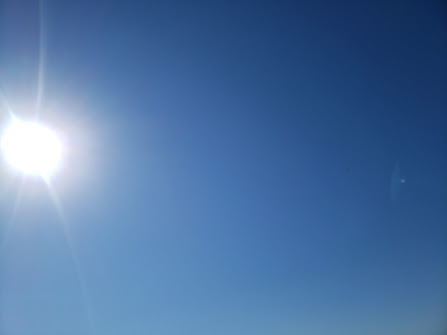